On November 3rd, I proudly left work to go to my polling location to cast my votes, which included a vote for Joe Biden for president. It was a nice day; there was no line; and I felt good. Later that night however, Pennsylvania was looking pretty red (a la 2016). Yikes. But I began to understand what my Grandmother always said about things being in God’s hands.

Still, this was a presidential election unlike no other — with a record number of voters participating along with a record number of mail-in and absentee ballots being cast. And yet, on the night of the election, POTUS come out and declares that ‘he won Pennsylvania’. Hmmm….ok. I wasn’t sure how he could say that. But hey, he has more resources than I do, right? Maybe he knows something that I didn’t. 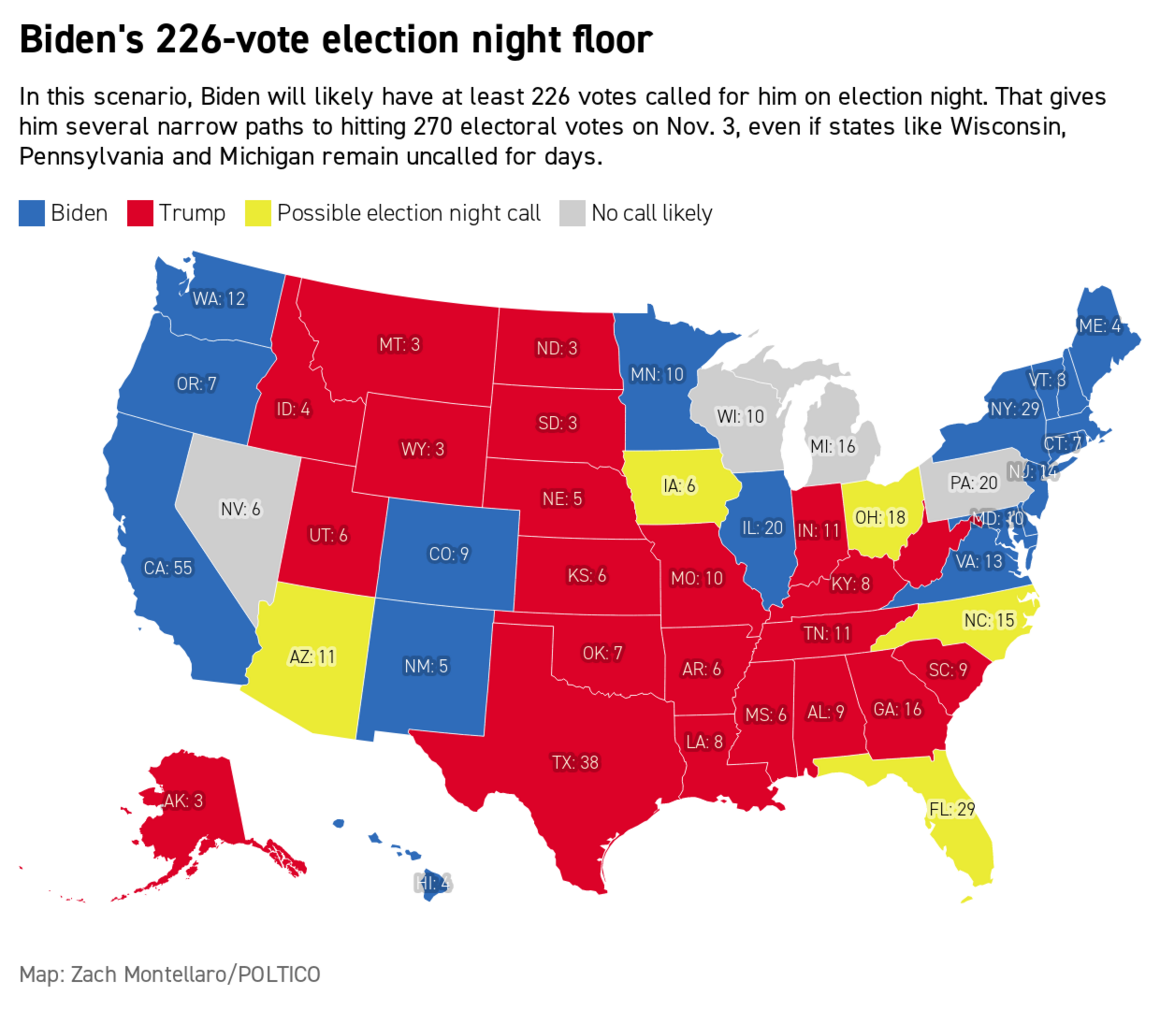 How the electoral map looked on November 4, 2020

Hence started the beginning of a very somber week for me. But it wasn’t just the election. That Thursday, my ex, who curiously relocated to Carlisle, PA about a month prior, met me at 6pm to pick up our boys. This was the second exchange since his ‘move’. The first one went fine – besides the fact that he was 40 min late for the pickup (which is exactly why I requested a Thursday exchange instead of a Friday one in the court order). I went home to a quiet house and made a sandwich for dinner and took a shower. I dozed off on the couch watching something non-memorable. I woke up at about quarter after 10, to see that I had 3 or 4 missed Facebook messenger calls from my ex’s current girlfriend and then a message stating ‘You have to come get the kids. He’s hitting me in front of them!’

My blood ran cold, but I called her back reflexively. Somehow I managed to remain calm during the conversation. She told me that he had been drinking and they were fighting. But she had since gone over to a friend’s room (turns out they were living in a motel) and was leaving to go to work. She actually had the boys with her. We were still on the phone when she took them back to the room with him because she had to go to work. I couldn’t hear his side of the conversation, but they were discussing putting on the TV and putting them to bed.

Ok, so all is calm. I guess emotions were just running high.

Fast forward to 3 am. I am sleep, but had my cellphone under my pillow (nerves?). It started vibrating. Ugh. It was the girlfriend again. I was confused — because she was supposed to be at work. Turns out her friend in the motel called her at work and told her to come back – that my ex was acting crazy. Say no more. I started putting on my clothes right then and there. Carlisle is about 30 minutes from me. I wan’t looking forward to confronting my ex (it would have been ideal if she would have just brought them outside and I could scoop and run). But I would do what I needed to do to get my kids out of that toxic environment.

The Red Roof Inn in Carlisle, PA – where this all went down

The police had been called but they were gone by the time I arrived. I heard them discussing with my ex’s girlfriend what arrangements were to be made with my children since they were going to transport him for a psych evaluation (she didn’t want to press charges – very typical Stockholm Syndrome it seems). Sadly my fears were realized when she met me outside alone. Although she assured me that he knew I was coming, when I got to the room, he basically took a defensive stance, and told me to go back home. All was fine, and that it was his time with the kids — that I couldn’t take them. Thankfully, it was me, the girlfriend, and also her co-worker who were all able to come in and pick up a kid each and get out of there. He was screaming and cursing the entire time. While I drove home, I had to deal with a barrage of texts of the same thing. I just didn’t respond. About 2 hours later (I have no idea why it took so long) the girlfriend messages me to say they took him to the hospital.

Back to the election, I went into that Shabbat just feeling a strange mix of relief vs. disbelief. On the national stage, it was bone chilling to realize that Trump could win the election — in spite of the hellish year we had. In my personal life, I was made out to be the bad guy. Even though, I knew that I did the right thing; I was called a bully, a kidnapper, as well as every offensive 4 letter word that is given to women. I guess I just didn’t understand it. How could those who are so wrong, be so loud and so confident in their bad behavior? Just like it was harrowing to see that 70+ million Americans voted for Trump, it was harrowing to see just how my ex had not changed at all. For me, our breakup was a huge reckoning. An event that realigned my life position and that has changed me for the better. For him on the other hand, he still sees himself as the victim. He is still putting his own personal desires over the well-being of our children. He cries and tells anyone who will listen about how much he misses his children. But when he finally gets them, he chooses to get drunk and fight with his lover — instead of being on his best behavior for his kids (also I am not sure why he ever thought that spending his 5 days with 4 children under the age of 4 in a motel room would be a good idea).

So here we are, almost at the end of the month. Donald Trump still has not conceded to President-elect Joe Biden. My ex has not reached out to the kiddos at all. He used to do video calls every Sunday, but those have stopped. He boasted about having moved to Carlisle, but he’s back in Pittsburgh for Thanksgiving (and went there 2 weeks ago actually). The day he was being released from the hospital, the girlfriend called me and we spoke for 2 hours. During the call she constantly blamed herself for getting involved with him. That everything was a battle. But at the end, she resigned and said, “But I love him. He needs me.” So that pretty much negated the entire previous 2 hours. As long as you forgive and try to go back and act like nothing happened, you are showing the narcissist that their actions have no (real) consequences. You downplay their bad behavior because you are afraid of change or facing the unknown.

And that is where I think a vast chunk of White America is right now. You know that the behavior of POTUS is reprehensible, but you would rather indulge and tolerate him than face the drastic and cathartic social and economic changes that this country desperately needs.

So I am offering up a huge congratulations to President-elect Joe Biden and Vice-President Kamala Harris. I am glad that I voted in the state that carried you two into the White House. That I was able to stand up against crazy levels of negativity and toxicity in both my personal life and in the leadership of this country.

The 5 Biggest Misconceptions About Jamaicans and Jews

The Cost of My Child Custody Case

No One in the World
Anita Baker
1 week

Victor Should Have Been a Jazz Musician
Grace Jones
1 week

Everything I Own
Boy George
1 week