A couple of weeks ago I watched Maid on Netflix. I really wished that it would have come with a warning label of sorts, because as a survivor of emotional abuse, it was quite triggering to watch. However, I got through it (not without shedding several tears though). There are many reviews of the series out there — so I won’t rehash that. What I will do is address many of the puzzling aspects that I heard voiced from others (most of whom, I am assuming, were never emotionally abused – thank God) who watched the series.

So I did not read the book that the series was based on. So I do not fully know her reasons. But I will impart my perspective and experience here. When it comes to emotional abuse, you have a really hard, if not impossible time proving it to law enforcement and the courts. It is not really quantifiable. It doesn’t leave physical damage on the body. Even so, it can destroy a person. When I went to court to attempt to get a PFA (protection from abuse/restraining order), I was advised by the legal aid folks that I had no grounds for one. In spite of printing out pages of verbally abusive texts of threats to beat me up and stalk me. Being that I never made a police report, or never was admitted into the care of a medical professional –  it just did not count.

I personally was amazed that the domestic abuse shelter took her in (thank God). Because given what I went through with the courts – I wouldn’t have even tried to go that route myself.

2. Why Did Alex’s Family Members Not Help Her More?

So this was quite interesting to see. In my case, my own family did support me – once I made the decision to leave. They did not suggest leaving while I was in the relationship though. There were at least 2 instances where my own family could hear my ex screaming at me — and pretty much pretended like it did not happen. I wish they would have spoken up and talked to me then. But thankfully, once I made the decision to leave, they helped me as much as they could.

This was not the case for my ex’s family. At least 4 different times they tried to talk to me or intervene somehow to convince me to give my ex another chance. Their stance was eerily similar to Alex’s father — who kept insisting that the abuser (Sean) was a work-in-progress and I needed to be patient and support him. They also pulled the kiddie card and said that he was a good dad and our boys needed him in their lives.

The only way that I can try to explain this is that to many parents, having their child in a relationship — in their own home with their own family — is a sign of success. They want their children to accomplish these ‘life milestones’ and not move backwards. They also do not want to revisit a close relationship with their adult child; because their own lives are complicated enough.

It seems that many folk’s minds were just absolutely boggled by this; but I got it. I didn’t do it myself – but I got it. When you’ve been in an abusive relationship, your feelings of self worth are so incredibly low. If a potential date or partner comes along that seems too good to be true, you more than likely tell yourself that it is. Also, you are scared to death of opening yourself up again to be used and abused. You also wonder if you like the person – or if you just like the safety/security that they offer.

In regards to going back to an abusive ex, it takes women an average of seven times to leave their abusive partner. Not only does it take personal will to leave, but you need resources (financial, emotional and social). You need to be able to avoid or deal with major setbacks. When I saw that Alex lost custody of her daughter – I was watching this play out and I thought ‘Oh that would be it for me – I would go back to my ex because I would rather that then be separated from them’. Also abusers need to have a person to abuse. They will do and say all types of things to win you back. In my case my ex found a new woman to abuse 6 months after we were done so I lucked out in that area.

4. Why Didn’t Alex Forgive Her Father?

This is one question that I feel would have played out differently if I was the protagonist. Alex’s father was not perfect (especially in his defense of Sean and him failing to agree to support Alex in court), I would have still allowed him to be a grandfather to my child. I think he honestly did make a good effort to rehabilitate himself.

But this is probably why the series is so good. The flaws of everyone, including Alex, are just laid out for your to see. It is easy to play armchair quarterback and make judgement calls upon these people on a TV screen. And besides that, every handles trauma differently. Some people have to make a clean break from perpetrators in order to heal. And that is ok; because ultimately your well being trumps any obligation that you feel you have to blood relatives who do not fully contribute to your overall well being.

This series was so raw, and difficult to watch. But it was very meaningful to see how well it managed to portray the dynamics of an emotionally abusive relationship. I fully recommend this; especially those who second-guess or questioned my actions almost 3 years ago. 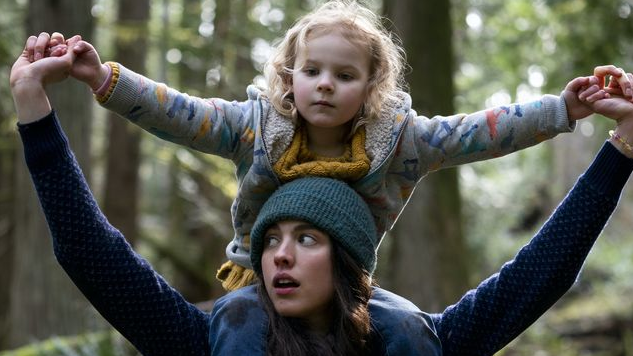 My Son Was Expelled From Daycare

It’s Too Little, Too Late For Robin Williams

This is Halloween
Danny Elfman
3 hours

All Of You
Stephanie Beatriz
3 hours