Ok, so I could have sworn that I wrote a blog post about Bridgerton already. But alas – none seems to exist. So I initially wanted to just talk about Season 2; but it looks like I’ll just have to tackle both seasons here. Fine. So here we go….

Before I get into Bridgerton specifically, I should set the stage — in regards to myself that is. I was born at the tail end of Generation X. So when it came to pop culture when I was growing up, you always had Black pop culture and then mainstream (White) pop culture. While it was common to include a token Black person in the cast of a mainstream show or music group; they almost were written just like the white characters….except they happened to have brown skin and curly hair. Oh, and they never were a love interest with one of the White characters.

I touched a little bit on unfair cultural expectations in my post on Hamilton where I recounted being chided by an elementary school teacher for picking Dolly Madison as a historical figure to dress up as and do a report on. Ha! Who would have thought that I was such a trendsetter – daring to portray a White historical character in spite of my brown skin and kinky hair?

This is why Bridgerton is so exciting for a woman like me. I grew up reading Little Women and Anne of Green Gables and all of these historical period books. And you relate with these characters. In spite of what those controlling the media might think. Yes, it is important to recognize what our actual history is. But if Jesus can be revisioned into a man with long blonde hair and blue eyes, why in the world can’t the heroine of a romantic novel set in the the 19th century be a dark-skinned woman?

This is what diversity in a historical series looked like in the 90s! Good ol Dr. Quinn: Medicine Woman! The representation was there — but there definitely weren’t romances across color lines (that I can remember — I’m not going to try to recall every single episode…it was on TV for a long time!).

I think it is safe to say that Bridgerton’s premier season was pretty shocking. Visually, it looked like you were looking at a world built out of sorbet and fondant. Stunning clothes, homes and beautiful people of all races. All narrated by the refined British speech of Julie Andrews. It just sets the stage for a perfect escape into historic romantic fantasy.

But the stand-out star was Regé Jean-Page (who played Simon). Not only was he handsome, he was the leading man of the season. And he did so in a sea of mostly White women. Perhaps even more shocking however, is that his race was not dwelled upon or explained. There was no wild backstory about how it was possible that he was a Black man and a Duke in early 19th century England. Same with the presence of other Black and multi-racial members of the English nobility. Heck, even Queen Charlotte is a Black woman with Black ladies-in-waiting and footmen. There is this cognitive dissonance that startles you at first when watching Bridgerton. I mean, this wildly multi-racial cast cements it into your brain that this is just fantasy ficton. But it is a very satisfying fantasy indeed.

After the first season ended, I personally felt impressed. But I also felt like I just ate an entire pint of ice cream when I didn’t need to. Yes, as a woman, I was not complaining at the opportunity to see Simon in his birthday suit — lusting and having his way with his fiancée/wife. Hey, women do enjoy eroticism anyway (as opposed to all out porn), so no shame in my game here. But the overall story and the other characters for sure — I never grew to love. So when it was announced that Regé would not be in Season 2, the knee-jerk reaction from myself (and many others) was like, “Oh hell — then just throw the entire thing in the trash!”

For better or for worse, Shonda Rhimes, Bridgerton’s producer, seemed to find a formula for success. And that formula in a nutshell is interracial romance. But not the type that comes bundled with scandal and all kinds of psychological issues. One of just pure representation. Living and loving between two humans; regardless of whatever ‘race’ they may be. But, the challenge to that of course is rehashing the formula — without making it feel old and used up.

When I saw that Season 2 was going to feature a South Asian actress in the lead, my interest piqued again. I mean, it makes perfect sense. South Asians make up the largest foreign born ethnicity in the UK — and Britain has a political presence in India since the 17th century. So this pop cultural acknowledgment is just awesome. And, it present a full blown, grown up romance as opposed to the puppy love that you saw in movies like Bend It Like Beckham.

Season 2 also impressed with its maturity in other ways. A central premise in the show is a young woman’s presentation into society to show that she is eligible for marriage. The female protagonist in Season 2, Kate, is not even a part of that. She is older (26 – gasp!) and just visiting England to support her sister’s presentation, get her married, then go back to India. She is pretty unapologetic about missing India and we get to see little tidbits of life as an Indian woman….such as oiling the hair, making whole herb tea, and Indian pre-marital rituals.

In spite of their differences in class, Kate and Anthony Bridgerton seem to be more on the same level than Simon and Daphne were. In Season 1, there were some creepy sexual scenarios that involved gross naivety and even male rape — and it seemed a bit voyeuristic to be seeing all of that play out on screen. This time around, you have more mental and physical maturity in place. And in spite of the female lead being a woman of color, you never get the sense that Anthony is a domineering male in relation to her.

It is very interesting because when people say that we live in a post-racial society, I immediately push back to that. Contrary to what anyone believes, people still take notice when you have a spouse or a love interest of a different race or cultural background. With women especially, the darker your skin is, the less attractive you are to men of all backgrounds. After finishing it, I realized that there was something else that was very special in Season 2. In Season 1, Simon was Black, but he was a bi-racial man. Which is fine. But the colorism in TV and film is very real. So the fact that they picked two darker-skinned South Asian women stood out at me. Especially because their mother (who was also South Asian) was lighter. It showed that even within families, you have physical diversity.

Bridgerton is not the type of show where someone’s skin color provides any hard and fast rules to their personality or background. I think Ms. Rhimes said it well when she said the following:

When people who aren’t of color create a show and they have one character of color on their show, that character spends all their time talking about the world as ‘I’m a black man blah, blah, blah’. That’s not how the world works. I’m a black woman every day, and I’m not confused about that. I’m not worried about that. I don’t need to have a discussion with you about how I feel as a black woman, because I don’t feel disempowered as a black woman.Shona Rhimes

I agree completely; and this Black women is very grateful that Bridgerton exists and puts my version of historical romance out there for the entire world to see!

5 Reasons Why Will Smith Gets a Pass From Me

5 Reasons Why Will Smith Gets a Pass From Me

Jessica Jones and Her Mommy Issues

“The Maid” Shows the Shocking and Sad Reality of Emotional Abuse 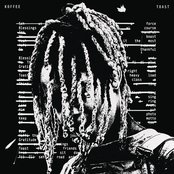 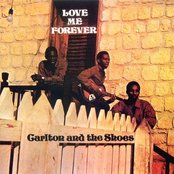 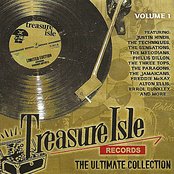